Spook Country: Who Runs the Infrastructure? 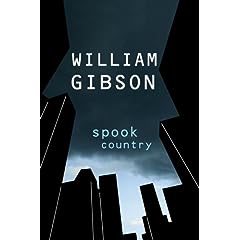 Am I the only person bothered while reading Spook Country with the question of who is running the servers?

Put on a VR helmet and you’re jacked into an imaginary world where artists have the sort of funding necessary to build out and run a shared platform for pushing richly textured 3D worlds over wifi.

And that server has some sort of totally smooth handshaking protocol for geolocating you, and streaming back the appropriate scene, and while everybody can publish to this unified virtual landscape, there is no hacking/jacking/spamming going on?

Or am I misreading the technology, and actually the landscapes are stored and served from hacked up WRT54Gs?

I’ve been waiting for an Amazon compute cluster ever since S3 came out, and like Les I tried, and failed, to sign up for EC2 beta as soon as I got the email. What all you freaks were doing up around 5am signing up for webservices I’ll never know.

Nik over at TechCrunch however ran the numbers, and its looking more like what I get from John Companies, and less like the great mapreduce grid in the sky I was hoping for.